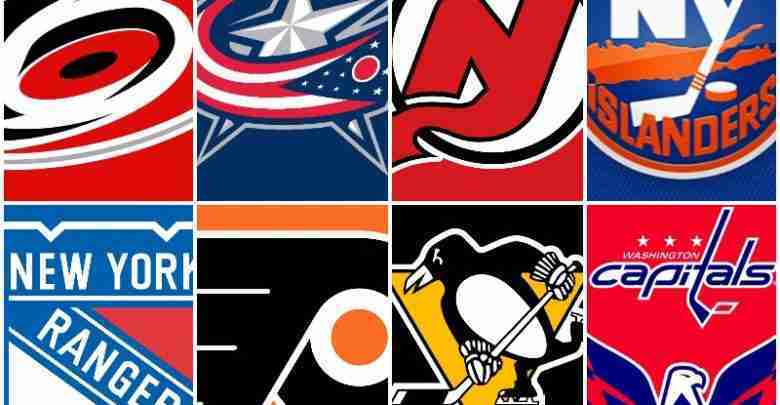 Overview: The Flyers enter the 2019-20 season desperate to make some noise after a disappointing campaign last season. In the week leading up to the NHL Draft, Fletcher has brought in veteran defenseman Matt Niskanen and Justin Braun to pair with their young defensive core and signed top center free agent Kevin Hayes to a seven-year deal. Fletcher still has some work to do as Ivan Provorov, Travis Sanheim, and Travis Konecny are all in need of a new contract.

On the ice, they will be under new leadership for the fifth time since 2013 with Alain Vigneault taking over behind the bench. The Flyers will also have an entire season with Carter Hart in net which they will hope can end their long struggle with goaltending. With their core of Giroux, Voracek, JVR, and Couturier in place on offense, the Flyers do have the talent. It’s just a matter of whether they can put it all together.

Overview: The Capitals hopes at a repeat were cut short by a Carolina Hurricanes team that would reach the Eastern Conference Finals. This offseason, Washington is a team up against the cap and will likely be looking to free up some cap space via the trade. They have already moved on from Matt Niskanen who carried $5.75 million cap hit next season and brought in Radko Gudas ($3.35 million cap hit) in a trade with the Flyers.

With their approximate 12 million in cap space, they will have to decide if they can bring back one of or both Brett Connolly and RFA Andre Burakovsky when they have Nicklas Backstrom and Brayden Holtby hitting the open market next summer.

The Capitals will once again be a favorite to win the Metropolitan and be a contender for the Stanley Cup in 2019-20 with most of their core from last year set to return.

Overview: The Islanders flourished under their new head coach Barry Trotz and went on to easily handle the Penguins in the first round before being swept by the Hurricanes in round two.

Before free agency, the team has locked down 50-point scorer Brock Nelson and Jordan Eberle to long-term deals. The team still has decisions to make on captain Anders Lee and goaltender Robin Lehner. They have plenty of cap space to get both deals done or possibly upgrade and sign a Sergei Bobrovsky, Matt Duchene, or Artemi Panarin.

Regardless, the Islanders will be in prime position to contend for a Stanley Cup next season if they can play up to the standards they set last season.

Playoff Outcome: Lost in First Round to Islanders

Overview: As it stands, the Penguins look like they will return almost the same exact lineup in 2019-20 minus Olli Maatta. Even after moving Maata and clearing up over $4 million in cap space, they still have the second least cap room in the NHL and will likely look to open up cap room by moving someone like Erik Gudbranson ($4.5 million cap hit) or Bryan Rust ($3.5 million) or possibly Phil Kessel ($6.8 million).

With Crosby, Malkin, Letang, and Murray all certainly coming back next season, the Penguins will still be dangerous. Their only real need is to upgrade their bottom line which struggled for most of last season. The trio of Matt Cullen, Riley Sheahan, and Garrett Wilson was underwhelming and while the midseason call-up of Teddy Blueger helped, the Penguins could use some help to fill out the bottom of their lineup.

Overview: After a run to the Eastern Conference Finals, the Hurricanes will have much to do this offseason if they hope for a repeat performance in 2019-20. They are currently sixth in projected cap space with just around $28 million but have plenty of key players set to hit free agency.

The most notable of them being their leading scorer Sebastian Aho who notched 83 points at just 22 years old. It’s safe to say that Aho has played himself into quite a wealthy contract that should be somewhere around 8-9 million a year.

Along with Aho, the Canes have vets Justin Williams, Michael Ferland, and both goaltenders in Petr Mrazek and Curtis McElhinney who both well-exceeded expectations last season.

With just around 20 million to play with after Aho is signed, Carolina could choose to bring back most if not all of their free agents or could choose to chase after one of the top names on the free agent market like Bobrovsky if they believe that Mrazek overachieved in 2018-19.

Overview: The Rangers rebuild is going, well, really great. After trading away much of their core over the past two seasons, New York is back on track to be a playoff team in a few seasons. The trade for Jacob Trouba gave them a great piece for the future and their unlikely draft lottery odds landed them the second overall pick which will either be Jack Hughes or Kaapo Kakko.

With $19 million in cap room, the Rangers will still have to ink Trouba to a contract which should end up around 7-7.5 million AAV. The rest will be used to bring back their other restricted free agents in defenseman Anthony DeAngelo, Brendan Lemieux, and Pavel Buchnevich.

The Rangers could also explore the option of moving Kevin Shattenkirk’s $6.65 million cap hit if any team is willing to take it on. If not, they may have to bite the bullet and buy him out if they are going to make a run at a Panarin or Duchene in free agency.

Overview: After a season to forget, the Devils have an opportunity to be big-time buyers this summer with over $35 million in cap space. But before they go spending on outside free agents, it would be smart to lock down Taylor Hall who is set to become a free agent next season. The former Hart Trophy winner won’t come cheap but GM Fred Shero must know that Hall is the centerpiece of this franchise.

With Hall, Kyle Palmieri, Nico Hischier, Jesper Bratt, and Travis Zajac all key cogs set to return next season, the Devils should be aggressive in finding another star. With all that cap space, they have many options. All the top free agents should be in play for this Devils team that could use help on defense and in goal.

Oh, and the Devils also won the draft lottery and will have their pick of either Jack Hughes or Kaapo Kakko.

This should a big summer for Fred Shero and the Devils.

The Blame Game: Who Sports Fans Fault Most for Bad Seasons

Succeed or fail; some sports fans promise to be fans for life. But no matter how much peop…