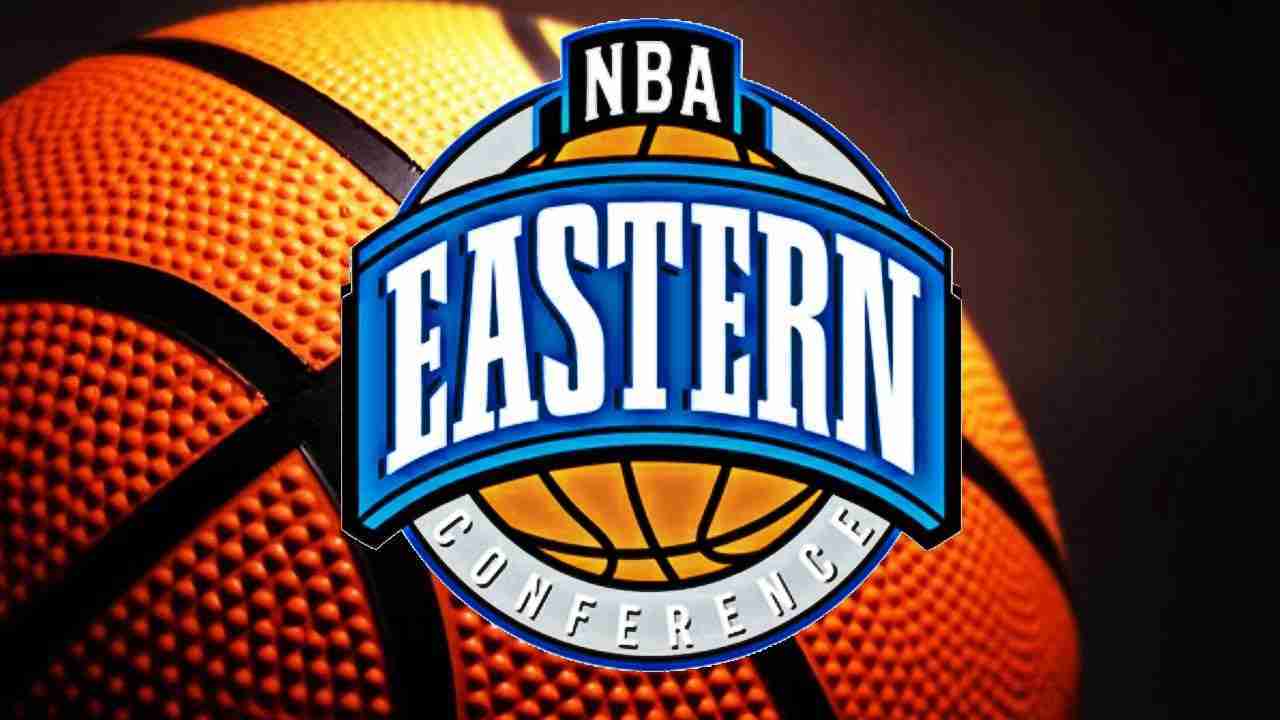 Now that the offseason is basically finished, it’s time to make predictions about the Eastern Conference.

The Eastern Conference has been making a run at being the better one. Although the West is still better, the East has been making improvements. Now, let’s break down where teams in the East are going to be seeded, from bottom to top.

Once Kemba Walker left the team, everybody knew that the Hornets are in a lot of trouble now. In free agency, they obtained Terry Rozier on a 3 year/58 million contract to replace Walker. Other than that, the Hornets can’t make any other moves. They’re stuck in cap space hell due to the contracts to Batum, Williams, Zeller, etc. It looks like the Hornets are going back to the Bobcats days, and being the laughing stock of the league.

Although Bradley Beal is a fantastic player, the team just ain’t good. It seems like John Wall is going to be out for the entire year, and most of their depth has been taken. But the thing is, the Wizards are going to be getting rid of a lot of their pieces. That’s how the Bulls obtained Otto Porter for basically nothing. Bobby Portis moved onto the Knicks, and Jabari Parker got his team option declined.

The Wizards are in a terrible situation with the contract towards Wall, as well as having no GM to run the team at the moment. Expect them to move Bradley Beal either early in the season or at the trade deadline.

The Cavs are in a bad situation still. They have the cap room of a contending team, with the talent of a rebuilding team. In other words, they have no cap space and have no talent. Even though things look bad, the backcourt of Darius Garland and Collin Sexton are a sign of hope for them. The Cavaliers are hoping for them to be the next reincarnation of Dame and CJ. Kevin Love is still on the team, but this could finally be the year where he gets traded during the season.

Last year could’ve been a way to show that he’s still a solid player without LeBron James or Kyrie Irving. Other than the backcourt for the Cavs, there really isn’t much for the future. Even though the team is really bad, Love will make their record better than they actually are.

Although the draft and free agency didn’t go as expected for Knicks fans, the team still did alright. They signed multiple role players to smart contracts to prep for the next big free agency. And they have RJ Barrett, which should be a solid prospect for them.

But they still are a below-average team. Julius Randle is a great pick up, but expectations for Knicks fans make it overshadowed. The other free agents they picked are alright. Bobby Portis, Taj Gibson, Wayne Ellington, etc. are really just there to fill out the team. The Knicks won’t be as bad as last year, but don’t expect much from them.

The Hawks have had a good offseason. They made solid draft selections in De’Andre Hunter and Cam Reddish. And in free agency, they’ve been the ones who’ve taken on bad contracts. The Hawks have taken on contracts like Chandler Parsons, Evan Turner, and Allen Crabbe. The convenient thing about these contracts are that they all expire after this season.

It looks like the Hawks aren’t trying to contend but rather get a high pick and grow. Then, they’ll have the cap space to get players like Draymond Green, Buddy Hield, and Brandon Ingram next season.

The Bulls have had a solid offseason. The main priorities for the Bulls were getting a PG, fill the bench, and obtain veterans. They checked off everything from the list, and all they can do now is grow – but even with their new acquisitions, they’re still a young team.

The East is still tough, and the Bulls’ talent isn’t fully there yet. They need to create some chemistry together and figure each other as a group. Coby White needs to adjust to the NBA if he wants to become great, and one season isn’t going to be enough. With a little bit more patience and development, the Bulls will be back in the playoffs soon.

Orlando has a very weird organization in how they run the team. They drafted Mohamed Bamba in 2018 but didn’t want to try and grow the player. Instead, they stuck with Nikola Vucevic to be their franchise center. Orlando has a known reputation for not growing their young players. In fact, they might be the worse team for the farm system, which doesn’t sound good for Markelle Fultz. In terms of the rest of their young core, none of them have made any drastic improvements. Aaron Gordon and Evan Fournier have both stayed the same in terms of their playing.

With Vucevic getting his contract and with the lack of development, Orlando will most likely regress after making the playoffs.

After Kawhi Leonard and Danny Green left the team, the Raptors are in a limbo. The team’s filled with veterans and were set for at least another run with Leonard. Knowing Ujiri, the Raptors are most likely going to retool the team.

After Leonard left, they haven’t made a trade to blow up the team, unlike the Thunder who gave up their pieces once Paul George was traded. Expect Ujiri to make a chess move during the season that causes the Raptors to still be a playoff team.

Pat Riley was able to use his magic again and obtained Jimmy Butler from the Sixers. As well as Butler, Tyler Herro made a great debut in the Summer League. But even with all of this, the Heat still look weak as a team with their veterans.

Their young players, Justice Winslow and Bam Adebayo, just haven’t gotten the minutes they needed to improve. A sign of their young players actually growing with minutes was the breakout of Josh Richardson. So, the Heat should take a hint and actually play their young guys rather than play Goran Dragic and James Johnson. If Spoelstra uses the young guys, Butler should be able to carry the Heat into the playoffs.

The Pistons are an interesting team to see in terms of their salary. Their frontcourt of Blake Griffin and Andre Drummond are both making roughly 60 million, and they’ve given or obtained players with major contracts like Reggie Jackson and Tony Snell. But even with their cap situation, they’re still a solid team.

Derrick Rose is a good pickup whether that’s to be their sixth man or actually start. And Sekou Doumbouya was the most mysterious person in the draft, but also a player who could have high potential. Ever since Van Gundy was taken out as owner/coach, the Pistons have done a good job at retooling the team.

Even with the addition of Kyrie Irving, the Nets only move up one spot.

What gives? The Nets may have gained Irving and Kevin Durant this offseason, but they’ve also lost their chemistry. Dudley, D’Lo, Rondae, etc. are no longer on the squad and the bench mob now looks depleted.

Now, this shouldn’t be too big of a problem, as the Nets just acquired two of the top 10 players in the league. But, team chemistry can have a big impact, such as Irving’s time on the Celtics. If Irving is happy with how the team is being run, the Nets could make some major moves in the playoffs.

With Irving leaving the Celtics, this means that Jayson Tatum and Jaylen Brown will have more opportunities with the ball. Irving and Stephens just never had any chemistry with each other’s playstyle. But with Walker now being the PG, Boston’s ball movement should be improved and could be dangerous. Only thing is that they don’t have “that guy” for the clutch situations.

Not only is Irving gone, but their most important player, Al Horford, also left the Celtics leaving their frontcourt to look weak. Kanter needs to step up and be an ok defender if the Celtics want to keep up in the playoffs. But with Walker finally having players that he can distribute the ball to, it really isn’t crazy to think the guy can have a potential MVP season.

This may seem like a major surprise to some people, but the Pacers have a legit roster. After Victor Oladipo got injured, the Pacers tried to focus on trying to get the players that fit best with the team. They took advantage of multiple opportunities from teams in the offseason. The Suns gave away TJ Warren for cash and made a sign and trade with Malcolm Brogdon.

As soon as Oladipo comes back, this team could be dangerous. And if Oladipo stays at his all-star level, there’s a very good chance they make the finals.

The starting lineup for Philly could be the best in the East – but the issue is the amount of shooting that they can provide with the team.

Now that JJ Redick left, the main people that they can really rely on are Tobias Harris and Josh Richardson. If either has an off night with their 3s, teams can really just cover the paint. Other than the lack of shooting, the Sixers might have the best starting lineup in the league. The size and defense of the team could be the team’s biggest strength and could be able to shut down teams with major runs.

With no Nikola Mirotic or Malcolm Brogdon, the Bucks are still in good shape. They kept essentially the same core from last year and have the reigning MVP in Giannis Antetokounmpo. He is still only 24 even after being drafted in 2013 and should be focusing on his jump shot this season.

The Bucks lineup will look almost the exact same with Wesley Matthews being the only replacement. Other than that, the bench is almost the same with Robin Lopez and Thanasis Antetokounmpo being the new acquisitions. Expect this team to be even hungrier with how things ended last year.

Remember: nobody knows what’s going to happen this season. But one thing that is for sure is that this is going to be a fun season. If you don’t watch the NBA, the 2019-20 season is a must-watch. The league will be at its best as there isn’t a single super team in it.

Nikola Jokic is having another astounding season in the Association. He easily checks all …