My name is Andrew Robinson and I have been working with Wegryn Enterprises – specifically PHLSportsNation – for about 15 months. I am a writer and editor for our Phillies subsection. 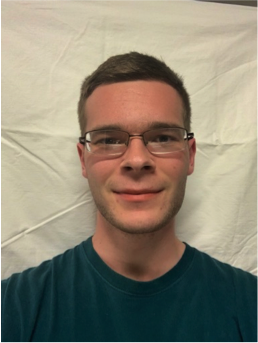 I initially became involved with Wegryn Enterprises in early 2018 because of my love of writing and Philadelphia sports. I have written short stories since I was in high school, and was excited to try out my hand at journalism with the site. I also write for an entertainment site called Dork Daily, as television and films are very important to me.

Living in the Philadelphia area all my life, I grew up a lover of Philly sports, particularly the Eagles, Phillies, and Sixers. Currently 20 years old, a sophomore at West Chester University, and a basketball referee at the YMCA, I watch every game I can in between classes and work.

At West Chester, I major in Secondary Education/English. I am looking to be a middle school English teacher, preferably in the area that I’ve lived all my life.

I became interested in teaching middle schoolers through my high school graduation project, which was coaching 13-15-year-olds in basketball at the Y. Beginning that when I was 16, I still coach that age group now and love it more than anything. I’ve had the majority of them for multiple years. When one of them ages out of my league and I have to replace them, it’s always a hard goodbye. Rarely is it final, though – I try to get alumni together over the summers. We have a lot of fun.

So, anyone that knows me would say that my team – and, in particular, the kids on it – is the most important thing to me. Close behind are the Sixers, Eagles, and Phillies.