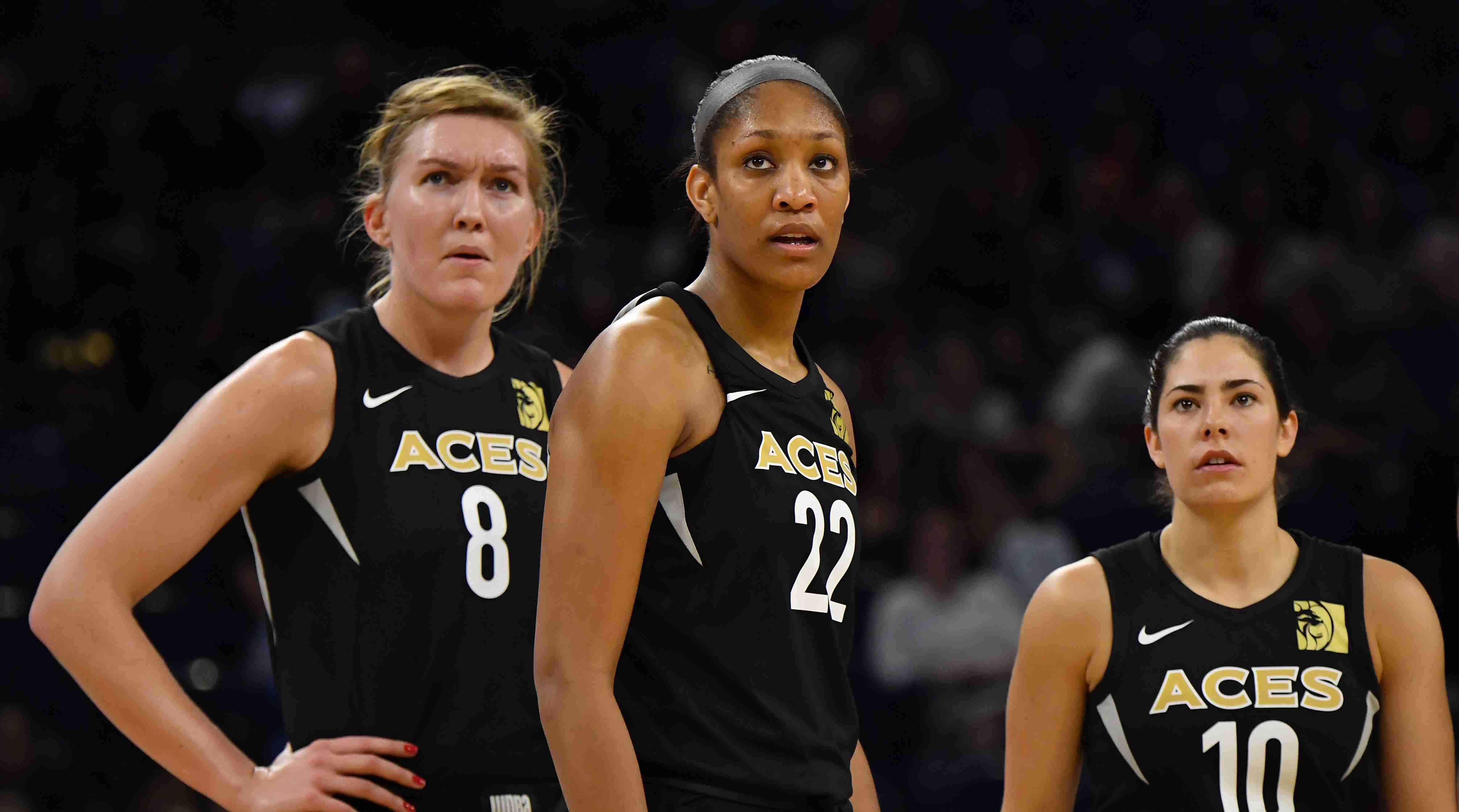 Every day, I turn the calendar sullenly thinking of how long it’s been since we’ve seen A’ja Wilson in the Las Vegas Aces starting five after being sidelined with an ankle injury. In fact, we’re only two weeks away from a month without A’ja Wilson on the court.

When a team loses one of their star players, it can be difficult to predict which route a team will take. Consider the LA Sparks early slump when they lost core components of their roster — it took several weeks for them to find their groove and put themselves in the win column consistently.

The Las Vegas Aces have seemingly gone in the opposite direction.

What Wilson does for the Aces is powerful both on an off the court, and that isn’t up for debate. But while no injury is a good one, these past two weeks have given the Aces a chance to show off how much depth this team possesses.

In their last ten — all played without Wilson — the Aces have gone 8-2 and several players have broken personal records along the way.

The most obvious stand-out from the last ten games is Dearica Hamby — who is the most exciting member of a roster that is stacked with exciting players. She’s absolutely thriving as a starter, and has shown off the versatility of her play.

Hamby is averaging a career-high 10.7 points per game, and it doesn’t stop there. In fact, most of her highest career averages are coming from this season. She can guard the league’s best, and she simply will bulldoze you if you stand in her way, and the truth is that she’s always been able to do these things.

The more minutes she gets — which have almost doubled from the beginning of the season to now — the more obvious it becomes that she is as talented as anyone else on the court, which is also true for the rest of this team.

A primary example of this was in the Aces’ last contest against the Dallas Wings.

Against the Dallas Wings on Aug. 3, Liz Cambage was noticeably absent from the Aces starting five, but the Aces — without their biggest names — held off the Wings. Cambage who seemed to be losing a little steam throughout the last 10 go well deserved rest and the rest of the Aces performed exceptionally.

Aces rookie Jackie Young is put up her best numbers with 17 points and five assists — five points which came after a 7-0 run with less than three minutes remaining. Carolyn Swords joined the personal best affair by putting up 13 points and 10 assists leading to a 75-70 victory.

Then there’s Kayla McBride. Although she is a starter, she’s also a big piece of the Aces puzzle. While it’s no question that McBride is a three-point machine —they don’t call her McBuckets without reason — the resilience she shows on the court is inspiring.

McBride scored a team-high 21 points for Las Vegas and made a crucial three-pointer with 29.6 seconds left followed by two free throws that would push the team to victory in what could have been a make or break moment.

Needless to say, this is a team that hasn’t plateaued yet.

So what does all of this add up to? Simply put, this is a championship team no matter which way you spin it. This isn’t the “A’ja Wilson Team” or the “Liz Cambage Team”. This is one cohesive unit that can work well together in what seems like dire situations and it’s tough to imagine a team that could do this well when put under the same pressure.

If this trend continues, the Las Vegas Aces will without a doubt be champions.

The 2022 WNBA Playoffs are set to begin this week, which has put the spotlight back on the…