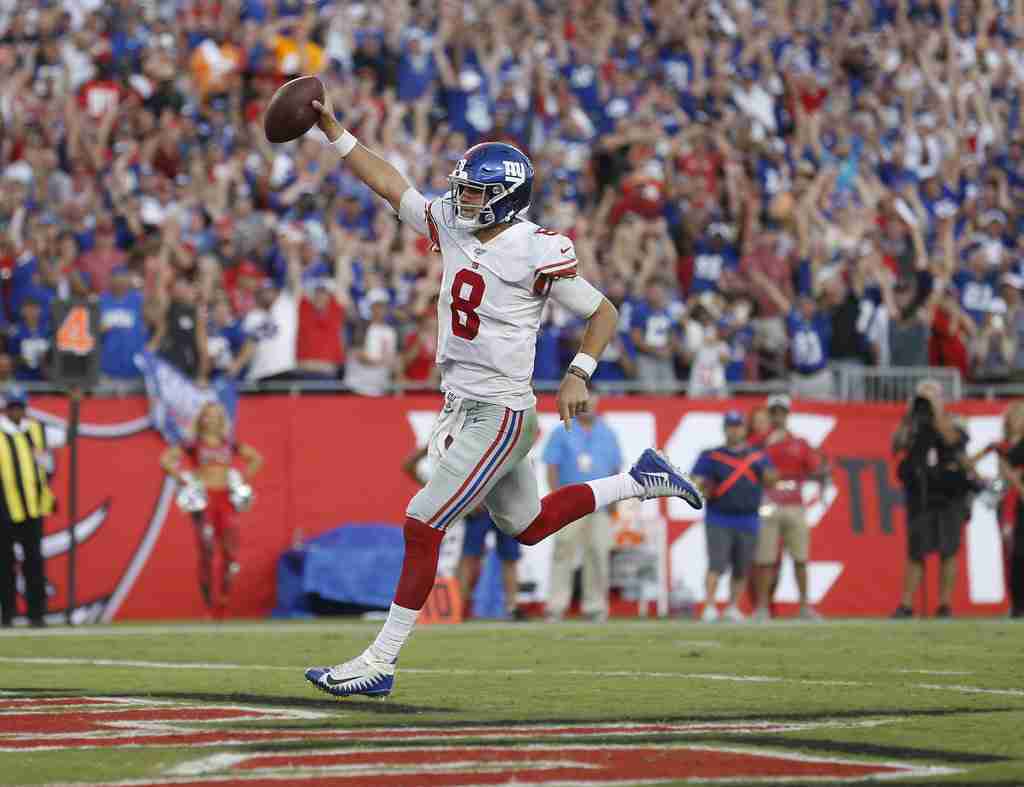 The NFL Class of 2019 shone across the board in Week 3. Redskins WR Terry McLaurin became the first player in NFL history have five receptions and score a receiving touchdown in each of his first three games.

Another NFC East rookie, QB Daniel Jones, led his team back from an 18-point deficit as the first Giant with two passing and two rushing scores in a single game to secure a thrilling win in Tampa Bay. Jacksonville’s newfound legend in Gardner Minshew joined alum Byron Leftwich as the only Jaguars to throw a touchdown in each of their first three starts.

What does this coup d’état mean to the veterans in your lineup?

Rodgers hasn’t been doing so great as a Fantasy quarterback, averaging only 15.7 points per game in his first three starts. This week will change his narrative, as the Packers are hosting the injury-wrought Eagles on a short week. The Eagles have already allowed an average of 25 Fantasy points to Case Keenum, Matt Ryan, and Matthew Stafford, making Rodgers a must-start.

The Colts offense has performed relatively well with Jacoby Brissett under center, Mack included. He missed some practice time with a calf injury but still managed to score 16 Fantasy points last week. With teammate T.Y. Hilton likely to be out with a quadriceps injury, Mack’s production should increase as the Colts figure out how to run against the Raiders.

If Fantasy owners are still looking for a week to start the Rams’ receivers, this week would be it. They’ve been under the radar these past few weeks, especially in Week 1 against Carolina, but a matchup in the comfort of their home turf should bode well for Jared Goff and his receivers. Start Robert Woods, Cooper Kupp, and/or Brandin Cooks with confidence.

Dissly only averages 14 Fantasy points per game on three touchdowns and 124 reception yards so far. However, this week’s matchup against Cardinals defense elevates him to a must-start—even a top-five Fantasy TE in some leagues—simply because Arizona can’t contain opposing tight ends to anything less than 25 Fantasy points per game.

The Packers owe much of their undefeated record through Week 3 to their defense. They’ve allowed a total of 35 points to opposing teams while recording 12 sacks, four picks, and four fumble recoveries of their own. A recurring narrative is Philadelphia’s injury curse at virtually every one of their position groups, which the Packers will surely pounce on this week.

Gonzalez has performed nicely with perfect 9/9 FG and 3/3 XP completions in three games. With the exception of the Saints game last week, as New Orleans heavily favors end zone scoring, Gonzalez will like how his upcoming opponents in Seattle have conceded four field goals and four extra points to kickers Randy Bullock and Chris Boswell.

Wentz averages 24.7 Fantasy points per game with a total of 803 yards, 7 touchdowns, and two picks, but his stats don’t tell the full story. Philadelphia’s offense is still recuperating from injury heading into a short week and Wentz will be tested by a brutal home defense in the Packers—opposing quarterbacks have only scored one total touchdown against Green Bay.

Cohen averages a meager 6.3 Fantasy points so far this season. If his unreliable production isn’t enough to sit him, consider how Cohen has yet to see the end zone and is up against a Vikings defense that has only allowed a single touchdown to opposing running backs. It’s safe to say he is a FLEX player—if even present at all in any lineup—this week.

Buffalo has fared well with the chemistry between QB Josh Allen and John Brown, as the receiver averages 16 Fantasy points in three outings. This week will prove difficult since the Patriots defense has not yet allowed a receiving touchdown to opposing receivers. Brown won’t do much better than the average 11 Fantasy points conceded by New England.

Howard, just like the Tampa Bay offense, is a matchup player at best. It’s disappointing to see that a paltry nine Fantasy points was his best performance this season. The Rams will guarantee that Howard won’t improve much more, as they’ve held opposing tight ends to an average of 25.67 receiving yards and conceded only one total touchdown.

The only reason the Cowboys defense performed well last week was because they were up against a Miami offense that played like they were already vying for home couch advantage. This upcoming matchup in the Big Easy will be a morale dampener since opposing defenses have only been able to average 5 Fantasy points against New Orleans.

Bailey and the Vikings are coming off a huge show in against the Raiders this week, but they’re being met by an aggressive Chicago defense that just obliterated the Redskins on Monday night. Opposing kickers average only 5 Fantasy points per game against the Bears, so expect that to be Bailey’s ceiling as well this week.

Carolina fans were justifiably nervous when Cam Newton was ruled out for a foot injury, but their worries were assuaged when Kyle Allen pulled a four-touchdown, 261-yard performance for 32 Fantasy points at Arizona last week. He’ll likely break out again a Texans defense this week that has allowed an average of 24 Fantasy points to opposing quarterbacks. 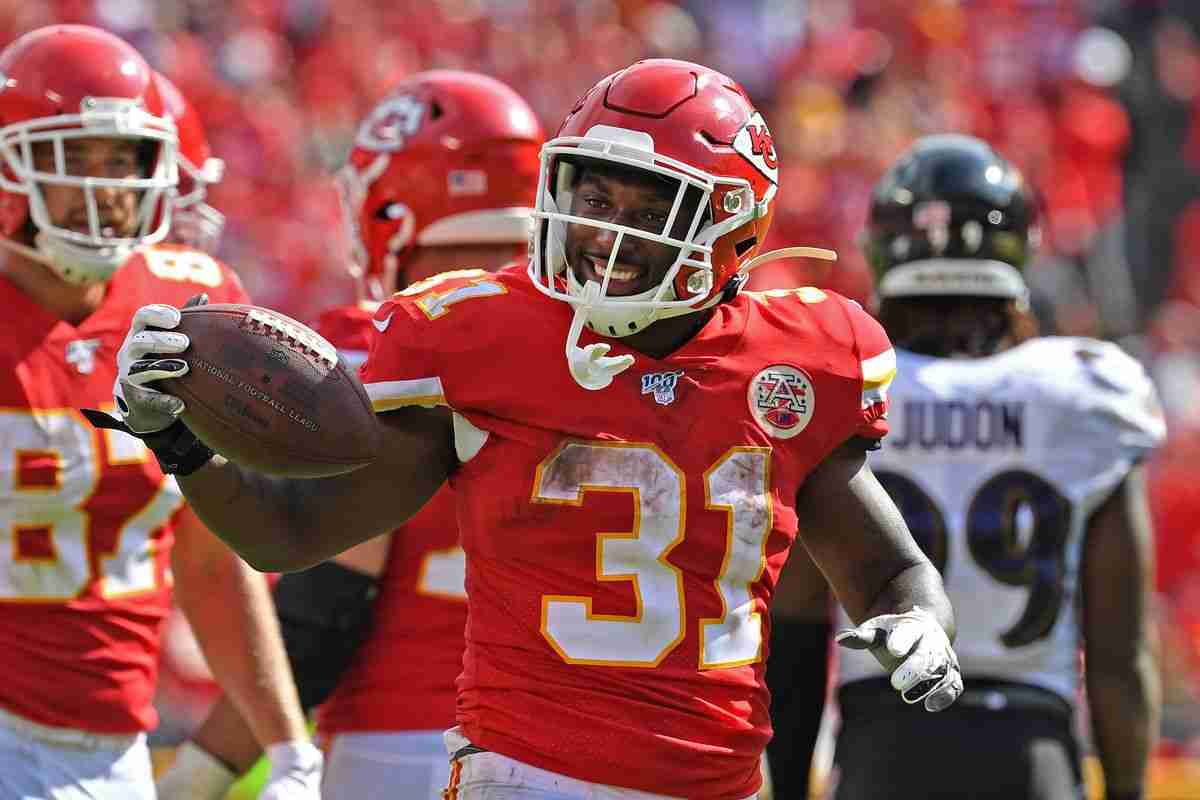 One Williams, Damien, is questionable to start with a knee injury, which will affect how many touches the other Williams, Darrel, will see on Sunday. Darrel Williams replaced LeSean McCoy last week against Baltimore and managed to rush for 62 yards and receive for 47 on five catches. This could be Darrel’s breakout week with McCoy back in and if Damien is out.

The Lions arrived at Philadelphia and made their statement with a flashy offensive show that allowed both Jones and teammate Kenny Golladay to earn a handful of Fantasy points. As the more experienced receiver, Golladay will continue to be the primary starter for Detroit, but Jones is a valuable bench acquisition for BYE weeks or FLEX starter against Kansas City.

T.Y. Hilton’s absence won’t just affect the Indianapolis backfield—it could also force the Colts to rethink their entire offensive scheme. An overhaul to compensate for Hilton’s absence could be useful for Ebron and teammate Jack Doyle, who would definitely be benched otherwise. The two TEs are neck-to-neck in targets, but Ebron is better at finding the end zone.

This T.J. Watt-led defense hasn’t been spectacular in its past three showings, but they do have two picks and five fumble recoveries under their belt. The good news is that the Bengals are coming to Pittsburgh with Andy Dalton’s five turnovers, making the Steelers an appealing waiver wire addition in relief of the 49ers defense.

Lambo is as consistent as a kicker can get, nailing two field goal and two extra point attempts in each of his last three games. He is an appealing waiver wire addition for owners with 49ers kicker Robbie Gould on bye, especially since the Broncos have conceded an average of 8.33 Fantasy points to opposing kickers in three games.