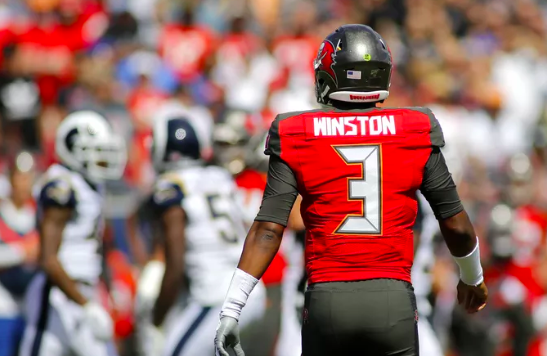 This week was a week for the so-called “underdogs,” as Philadelphia kicked off Week 4 by stunning Aaron Rodgers and the Packers with a thrilling Thursday night victory at Lambeau Field. The Titans escaped Atlanta with a win, and Kyle Allen staved off the Texans in their territory.

In Baltimore, the Browns found a way to dismantle both the Ravens’ run defense and Lamar Jackson’s interception-less streak as the Rams’ defense conceded the most points scored against their team in 63 years.

Will these trends prove to be a historic triumph or an epic failure for your fantasy team?

Wilson is off to his “best start ever” this season with an average QB rating of 118.7. He and the Seahawks cruised to a 27-10 win over their division rivals in rookie Kyler Murray and the Cardinals. Considering that the Rams just conceded 55 points to the Buccaneers at home, there’s no doubt Wilson will shine when the Seahawks host this upcoming Thursday night contest.

We’re still wondering why it took so long for Philadelphia to unleash the powerhouse that is Jordan Howard. Once the Eagles figured out how to get past the Packers’ run defense, Howard breezed through to the end zone with two rushing touchdowns and one receiving. He should have no trouble giving trouble to the Jets’ abysmal defense.

Minnesota’s passing game has been anything but stellar, reflecting Kirk Cousins’ struggle to connect with his receivers. Diggs surprisingly reversed the narrative and caught seven targets for 108 yards, which is more passes than in his first three weeks combined. The Giants won’t be able to put up a fight against the Vikings’ receivers this week, Diggs included.

Olsen benefits from how nicely Kyle Allen is blending in with the Panthers’ offensive scheme, as the quarterback led them to two consecutive wins in relief of Cam Newton. The pace will likely heat up when they host the Jaguars this week. Olsen will take some time to acclimate himself to the game, but when he does, he’s a valuable starter.

Philadelphia found themselves in a hole in the first quarter after an early score from the Packers. They managed to stave off Green Bay for the next two quarters, including two goal-line stoppages with the latter ending in a Nigel Bradham interception. Their cornerback situation is rough—our thoughts go out to Jones and Maddox—but the Jets’ receivers aren’t exactly good.

Lutz might as well have cannons for legs, scoring 14 Fantasy points on Monday night against the Cowboys to catapult the Saints to a primetime win. He’ll likely have another blowout performance against the Buccaneers, who have allowed 10 field goals and nine extra points to opposing kickers. It would be a travesty if Lutz ever sees time on a bench.

Apart from obvious reasons—like how he’s still out on the concussion protocol—Allen is a must-sit in all leagues. Though both quarterbacks limped through last week’s game in Buffalo, Allen surely got the shorter end of the stick, escaping with three interceptions and a completion percentage of 46.4 for a 24.0 QB rating. He won’t do much better rushing back into play.

The Raiders had a good show in Indianapolis last week, but don’t expect the same as they head into a matchup with the Bears. Chicago’s defense shut down the Vikings’ backfield and held star running back Dalvin Cook to just 35 yards on 14 attempts. Considering that the Raiders don’t have a good run-block to start with, Jacobs is better off on the bench this week.

Sutton found his niche as a solid Fantasy WR2 against the Jaguars, nabbing two touchdowns on six targets in a win against the Jaguars. His newfound tempo will be cut short by the Chargers defense. If the Broncos want to have even a small chance at winning, they’ll attack with running backs and tight ends, leaving Sutton in the dust.

Theoretically, the New Orleans tight ends against the Buccaneers’ defense should be a good matchup on paper, but the targets tell a different story. Cook has a total of eight receptions for 90 yards in four games, which will likely be split as teammate Josh Hill gets his fair share. Cook also has yet to score a touchdown this season, making him a bench player this week.

The Rams’ defensive performance last week could be summed up into one word: yikes. Tampa Bay was able to score 55 points simply because the Rams’ defensive front couldn’t disrupt Jameis Winston’s tempo. They’ll be playing on a short week—on the road, no less—so it would be wise to exercise caution when starting the Rams defense this week.

McManus has been a stinker Fantasy kicker, as he’s only scored a combined 17 points in three games. There’s not much he’ll be able to do against a ferocious Chargers defense, who have held opposing kickers to a total of two field goals and six extra points. It would be wise to swap him out for another kicker with a more favorable matchup.

Winston and the Buccaneers flew into Los Angeles and scored 55 points, shocking the Rams in their own house. Winston rediscovered chemistry with his receivers somewhere in that contest, throwing for 385 yards and four touchdowns. The Saints defense has struggled with covering wideouts—see, Amari Cooper—which gives Winston a significant boost in value.

If other Fantasy owners have started dropping Mixon to make room for other free-agent finds, scoop him up right away. Mixon’s stat line hasn’t been all too impressive, as he has yet to score a touchdown in four contests, but that will surely change as the lackluster Cardinals come to Cincinnati for an early afternoon game.

Allison’s value skyrocketed after teammate Davante Adams exited last week’s game with a turf toe injury. Allison filled in the role gracefully, scoring a touchdown on three receptions and 52 yards. The well-rested Packers head to Dallas this week to face a defense that just conceded a primetime win in the Big Easy. Pick up Allison as a FLEX or receiver replacement.

We don’t hear much from Buffalo’s tight end corps, especially how their backfield and receivers are getting a majority of the targets, but Knox is a good matchup tight end given that he’s playing the Titans this week. Tennessee’s weak coverage against tight ends could allow Knox a chance to make some down-the-seam plays as a FLEX or a temporary replacement.

The Niners didn’t even have to play in Week 4 to remain as the NFC’s only undefeated team, skyrocketing up the defensive rankings. Before going on BYE, San Francisco handed a loss to the Bucs, who then went on to demolish the Rams. Of course, this doesn’t automatically make the Niners better than the Rams, but it makes them an overall more impressive team.

Pineiro is actually a pretty solid kicker, thankfully ending Chicago’s Cody Parkey-level double-doink luck. His 30 Fantasy points over four games also make Pineiro a stellar Fantasy kicker, even more, impressive when he’s playing against Carolina and their generous field goal allowance. He’d be a good replacement for Matt Prater, who is out this week on BYE.