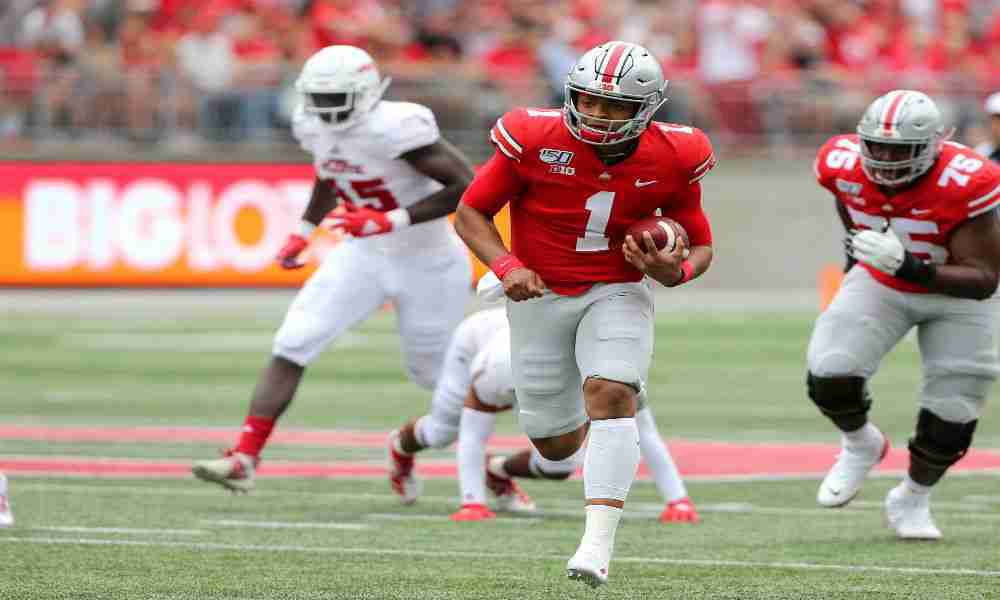 Ohio State will finally get its first big test. the Buckeyes have cruised through their stretch of undercard opponents. Their first real challenger Wisconsin looks to make a statement after last week’s upset loss.

The Buckeyes rival Michigan now with two losses looks to play spoiler and crush Notre Dame’s outside chances of a playoff berth. Michigan fans are growing restless with head coach Jim Harbaugh, a win over Notre Dame could be just what he needs to turn fan opinion around.

In the SEC, second-ranked LSU will battle with ninth-ranked Auburn. With a loss, Auburn is likely eliminated from playoff contention, however, a win could put them back in control of their own destiny.

The offensive woes continue for Michigan. Despite all of the talent in their passing game, the Wolverines haven’t been able to stay consistent. Their lack of a passing attack has stymied their offense against every opponent that had a considerable defense. This week they face a tough Notre Dame squad that is No. 1 in the nation in turnover margin. The Irish know they still can make the playoff, but they have to win-out. Their offense should score enough to fend off a late rally from Michigan whenever their offense wakes up.

After seven virtual bye weeks, the Buckeyes will finally play a worthy opponent. Wisconsin has all of the aspects that make a good team. The Badgers run the ball well, they play good defense, and they don’t turn the ball over… Except for last week in which Wisconsin turned the ball over twice in the final six minutes which inevitably cost them the game, and potentially ruined their playoff hopes. To right the ship, Wisconsin will have to run the ball, and wear down the Buckeye defense that has yet to be challenged. Running the ball is the only Badger key to winning, if they can control the clock and keep the Buckeyes offense off the field, they’ll win. That won’t happen though, as the Buckeyes are just too deep. Their offense doesn’t need much time to score, and if left with at least 1:30 on the clock and the final possession, the Buckeyes will win.

Auburn’s schedule-makers must’ve had it out for the Tigers… This will be their fourth top-25 matchup away from home (the Tigers have played only three home games). Auburn quarterback Bo Nix has been great and is progressing in his young career. Two noticeable struggles, however, are the turnovers in big games. He threw five interceptions between the Oregon and Florida games and had a completion percentage under 42%. Playing a road game in Death Valley is likely to put pressure on Nix’s nerves which won’t bode well for him especially if this game turns into a shootout like the Florida-LSU battle. The Auburn defense is great, but so is the LSU offense, and at home, it’s hard to pick against LSU.