Hi everyone! My name is Kyle Nefferdorf. I am a Social Media Admin for Phils Nation and Sixers Nation.

My Philadelphia Sports fandom started in 2006, when I was about eight years old. One day, during the summer, I walked out to my grandfather watching the Phillies. Ever since I sat down next to him, I fell in love with the Phillies. Up until 2008, I was strictly a Phillies fan. Then, in 2009, the Eagles played the Cardinals in the NFC Championship game.

I happened to be at my father’s house during the game, and that’s when my life changed. After 9 receptions, 152 yards, and 3 TD’s of Larry Fitzgerald torching the Eagles secondary, my dad was losing his mind. Even after my first bad grade, I’ve never heard my dad scream so loud at something in my life. In most cases, kids would be scared and never want to watch something that can make you so mad. For me, that’s when I became an Eagles fan. I wanted to be as passionate about something as my pops was about the Eagles. Ever since then, I’ve had a ton of stressful Sundays. Which leads to my mom saying I won’t make it past 30 due to my racing heart towards the end of every game. I wouldn’t have it any other way! 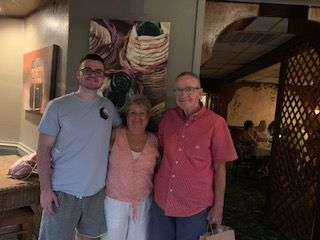 This leads to the start of my Sixers fandom. It all started in 2012. Jrue Holiday, to this day, is still one of my favorite players. He and Thad Young made me fall in love with Sixers basketball. They defined what it’s like to play in this city. They were never outhustled and always brought the heart and passion to the court. That year also happened to be my first Sixers’ heartbreak. They lost to the Boston Celtics in 7 games in the Eastern Conference Semifinals. ‘Twas the beginning of the pure hatred I have towards the Celtics and the city of Boston overall. Heartbreak is how I got my start at Wegryn Enterprises, more specifically Sixers Nation.

On Nov. 9, 2017, the Sixers traveled to Sacramento against a lowly Kings team. The Sixers ended up losing 109-108. Staying up until 1 a.m. to watch that debacle was heartbreaking. Yes, saying a game in Nov is heartbreaking is an over-exaggeration. I will in no way deny that. Right after that game, I needed to find a Sixers site that I can contribute to and talk with the fans, through the good and the bad. A few days later I was apart of Sixers Nation.

My aspirations are just like everybody else’s: be successful. I’m not entirely sure what I want to do with my life, whether it be the sports route, or something different like real estate. I just want to be successful and happy with what I do. Whatever it is I end up doing, one thing won’t change, my Philadelphia sports fandom. 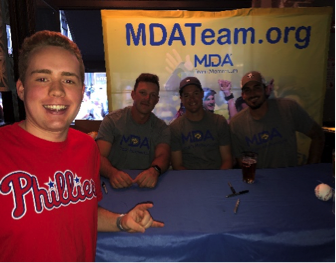 Hi everyone! My name is Colin Kelley. I am a Blogger for Sixers Nation.

Born and raised in the Philadelphia suburbs, Philly has been all I’ve ever known. A lot of my favorite memories are because my family, friends, and I have bled green, consumed our fair share of soft serve out of mini red “P” helmets, participated in some friendly criticism of NHL refs, and trusted the process. Although I’m currently in year 2 of a Columbia, South Carolina (Go Gamecocks!) pitstop after graduating from La Salle College High School in June of 2018, my collection of Philly gear reminds people where my allegiances are first and foremost.


To put it frankly, sports has always been my passion. 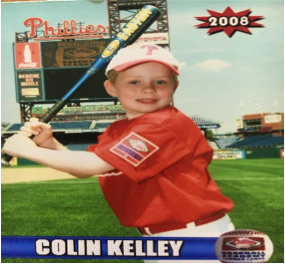 I grew up playing almost everything, beginning with golf and most recently including rugby, with all the Philly staples (football, basketball, baseball, and lacrosse) in between. In addition to playing, my fervid passion as a fan has created a desire to express my thoughts, which is where I currently find myself: A Sixers writer for Philadelphia Sports Nation. On a nondescript June afternoon earlier this year, I did my daily scroll through B/R’s Philadelphia team streams where I then came across a tweet from Sixers Nation which was looking for some new contributors to their team. As soon as my eyes had met the screen I clicked the link to apply, and the rest is history. 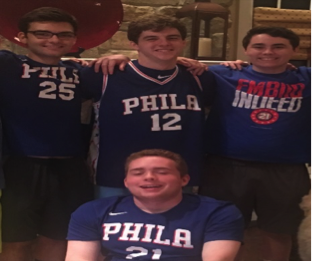 As I find myself in my Sophomore year at USC, I haven’t quite figured out what exactly I want do, but I can assure you it’ll have some flavor related to Business or Sports. At the end of the day, my ultimate goal is to be an owner of a Philadelphia sports team (yes, a bit lofty I know), and I’m currently in the process of figuring out how I can achieve it.