Hi! My name is Ryan Boran and I contribute to Sixers Nation.

Before I really jump into this article, I would first like to thank all of my fellow writers, social media members, managers, and of course the fans. Without you all I would still be writing a sports blog that no one was seeing! I would also like to say that all of the 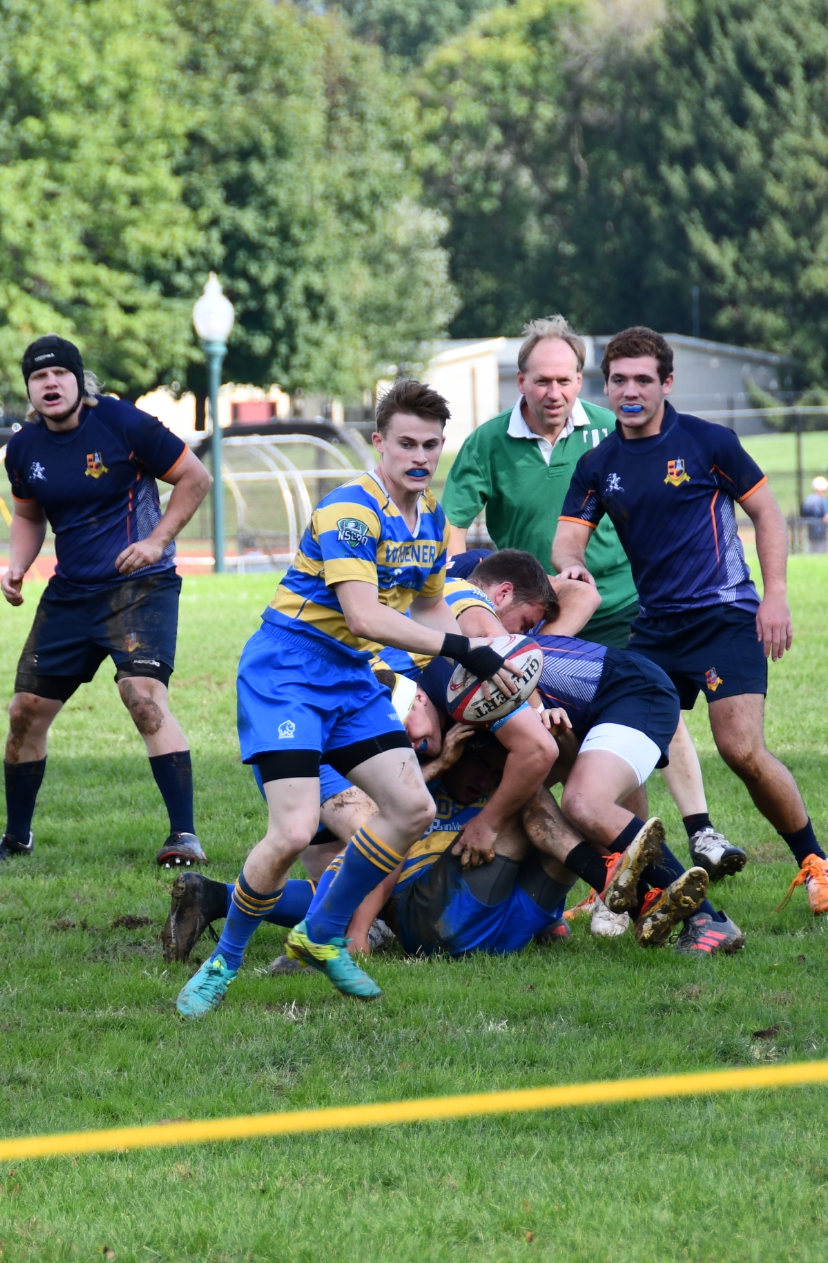 There is so much more to the word “fandom” than simply being a fan of a sports team or
city. Fandom is being involved on and off the court/field/ice stories as well. Fandom involves your past experiences. For me personally, fandom stems from playing sports my entire life as well as being surrounded by passionate, sports-loving family members and friends. Being a fan of sports is easy when you have skin in the game. It’s easy to be a fan of the 76ers because I’ve been playing basketball since I was young. It was easy to be a fan of all Philadelphia sports teams because I was raised in a household that loved Philadelphia sports. It’s easy to talk about Philadelphia sports because I’m surrounded by fans. Fandom is the same as it’s always been for me since starting with PHLSixersNation. We’re passionate about 76ers basketball and all Philadelphia sports for that matter.

I started with Wegryn and PHLSixersNation very recently. As I alluded to earlier, I began writing a sports blog on my own just to practice writing. I was writing about Sixers basketball and MMA mostly. Then on one random day, while scrolling through Twitter, I noticed a tweet from PHLSportsNation looking for new writers. I said, “why not,” and filled out the application.

After sending over one of the pieces I had written for my blog, I was given the position. I couldn’t be happier spending my Sundays and Mondays preparing articles for Sixers’ fans. And I can also announce that if you’re a fan of my writing, or if you are a fan of MMA, I will also be releasing an MMA article every Thursday for Wegryn!

In terms of aspirations, they tend to change as life changes. I maintain some short-term 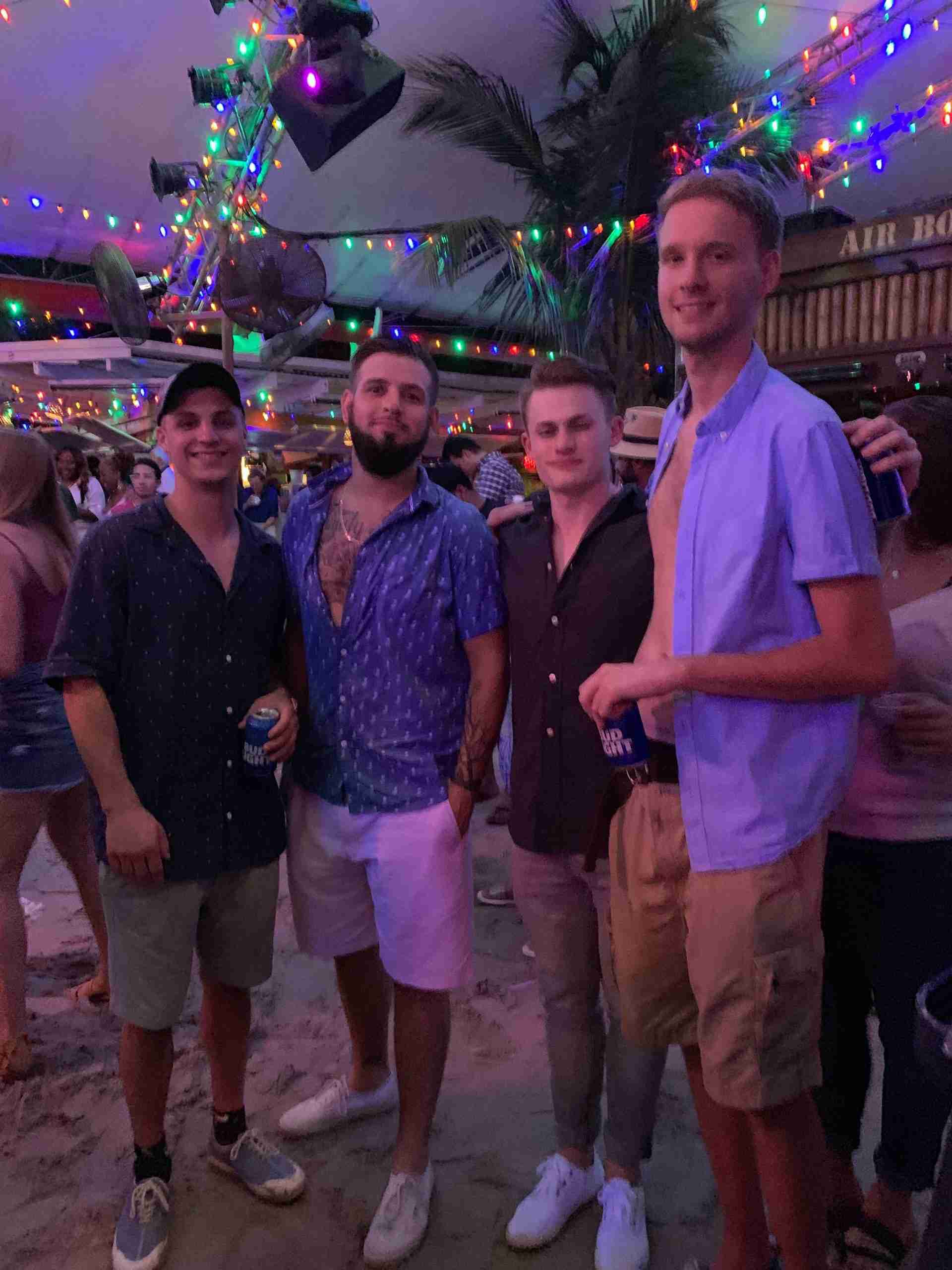 and long-term aspirations. Some short-term aspirations would be write really great weekly articles, finish remodeling my basement, or maybe even start a podcast. Some long-term goals would be to pursue MMA training, something I’ve been putting off for months now. Or possibly pursue my Master’s Degree in the future.

Hi everyone! My name is Will Calderone. I am a Social Admin for Flyers Nation.

*This is Will Calderone’s 1st WegENT Spotlight Selection 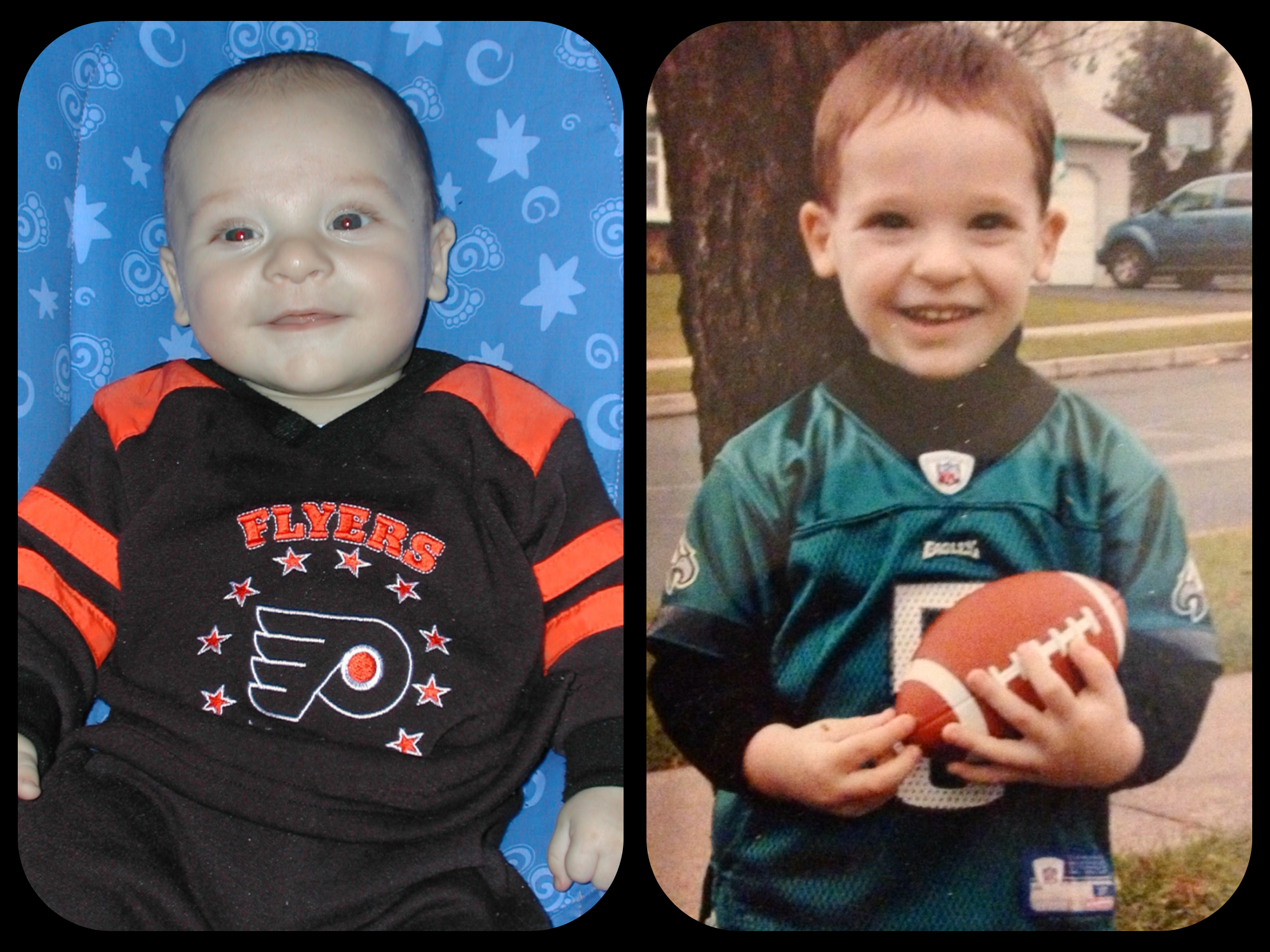 As you can see in the baby pics, I’ve been a Philly sports fan pretty much all my life.  My brother was born the day before the Eagles played the Pats in Superbowl XXXIX.  They lost, but redemption finally came in 2018!  I believe I started watching the Flyers in 2009 (some friends and I looked back at old rosters to figure out who we remembered watching).  Since then, I’ve been an avid fan & have followed the team.  I know that some people have sports moments that they never forget.  For me, I can vividly remember watching the Flyers game 7 comeback against the Bruins.  I’ve stuck with the team through their cup contending seasons, the mediocrity, and now a seemingly new beginning.  Flyers hockey is fun to watch again!  I’ve been able to attend a bunch of games and always have a blast.  Nothing, and I mean NOTHING, can beat the culture Philly sports has developed.  Before two of the games, I got to attend a Flyers career day.  They gave us a tour of the Wells Fargo Center so we got to see some of the press boxes as well as where the press conferences are held after games.  Before one of those games, we had the opportunity to walk on the ice!  The Flyers won that game, so I’m still waiting for some season tickets from them due to being a good luck charm.  I’m hoping the season is able to resume, but either way I can’t wait to see this team compete for years to come.  Fletcher & AV have done something truly special with this team.  Philly Philly!

On social media, I follow many different Philly sports-related accounts.  These include 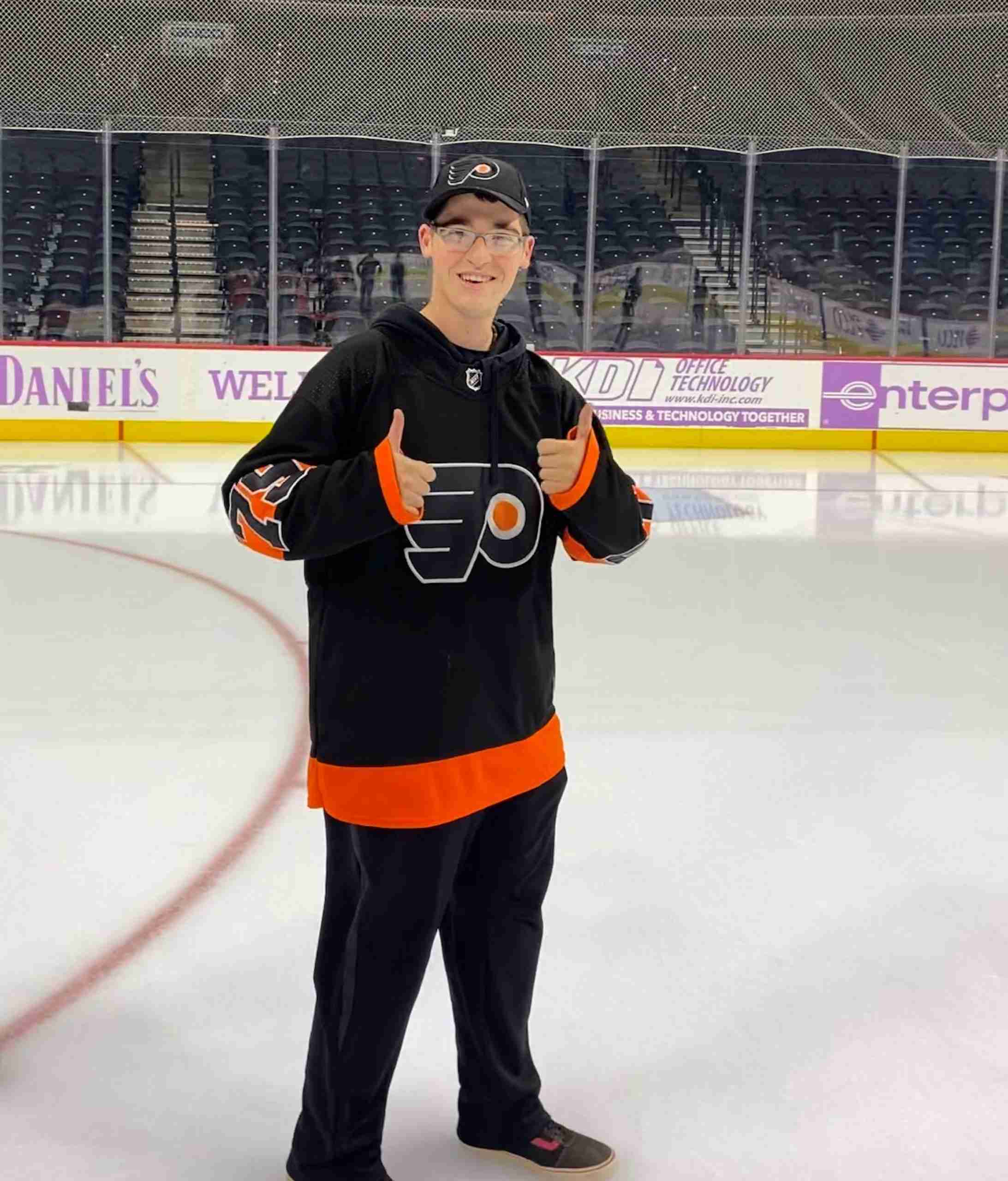 PHLFlyersNation, PHLEaglesNation, and other PHLSportsNation accounts.  One day I saw that there was a link to apply to become an admin on the Flyers Nation account.  While filling out my application, I thought of many things I could do to help out the account.  About two weeks later, I found out I was accepted to be an admin!

While on the Flyers Nation account, I’ve been able to do many different things.  These include live-tweeting games, making graphics for when each player gets a goal, updating the social media headers, as well as designing the March Madness-style brackets for many different WegENT Sports Nation accounts.  The next time a link to apply is tweeted out, I’d recommend doing it.  Everyone on the team has been nothing but great.  As an extra bonus, you get to interact with some of the best fans in the world! 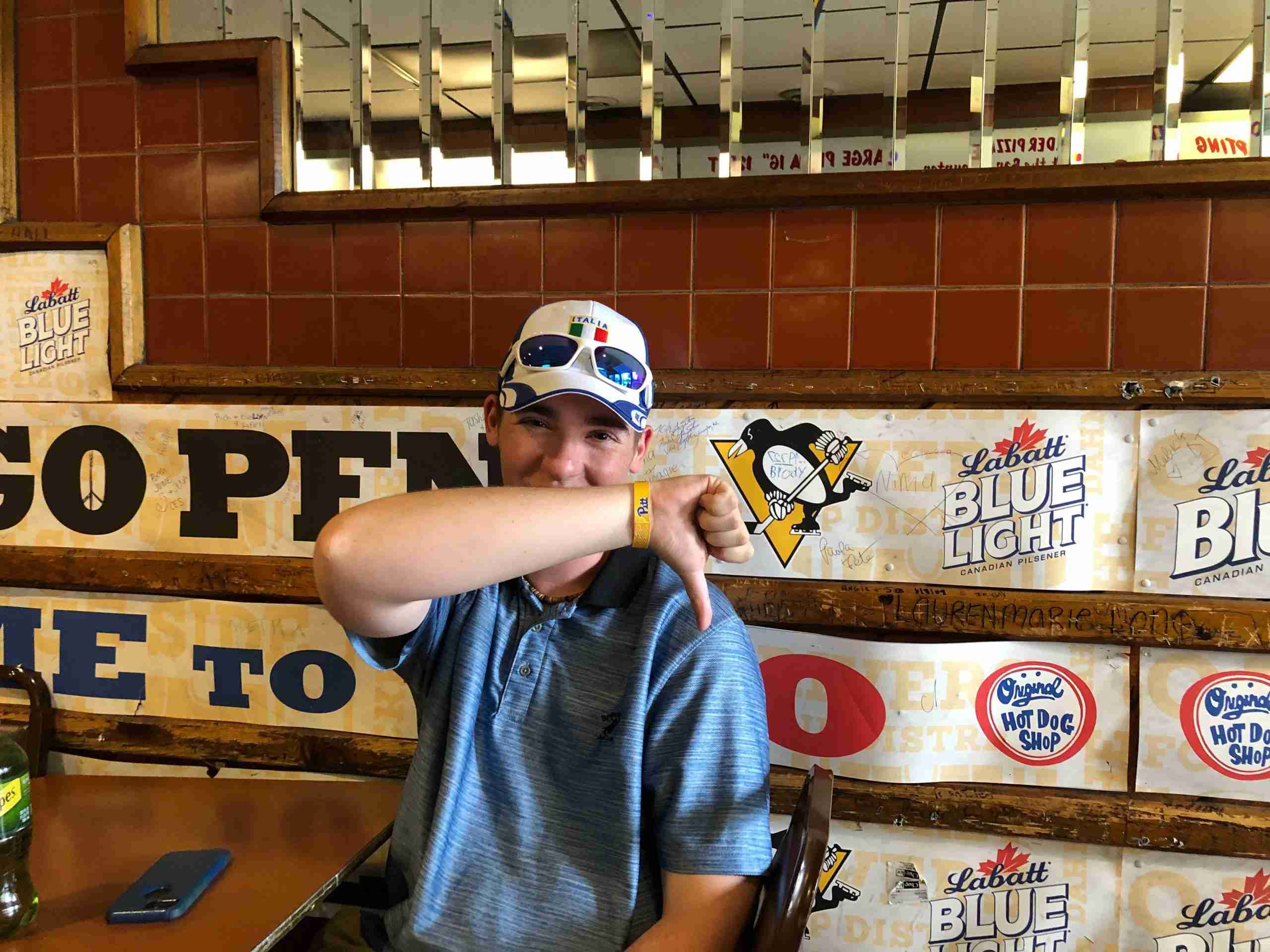 Right now, I’m a senior in high school.  After graduation (whenever that ends up being), I will be attending the University of Pittsburgh.  I’ve already auditioned and gotten accepted into the Pitt Band!  I’ve played the trumpet since fourth grade and am looking forward to continuing to play.

At Pitt, I will be majoring in Administration of Justice & minoring in Psychology.  My goal is to someday become an FBI Agent or Profiler.  I’m looking forward to continuing to cover the team, as well as going to a few away games, despite being in enemy territory!