If this is the first time reading one of my articles, welcome to my weekly picks blog! Each week I will give you guys’ predictions for every game in the NFL that week.

I will be giving predictions in three ways: Straight up (Picking the winner of the game), ATS (Against the Spread), and Over/Under the total game. Then, I will give my three best bets every week in more in-depth, and those will only be ATS; one of them will be my Greene Guarantee of the week.

So without further ado, let’s get into it!

All lines presented by DraftKings.

On a week where I went 10-6 ATS and 13-3 on O/U predictions, somehow, my best bets went a disappointing 1-2. The Falcons, at one point, were down 28-25 at the beginning of the 4th quarter, proceeded to get outscored 20-0, which included two pick-sixes by the Buccaneers defense. The Cardinal’s pick was such a square play, and I can admit that even though I could argue that they should have come away with the cover with two bad interceptions on the Viking side of the field by Kyler Murray. But a square play doesn’t deserve a win.

The only positive from last week’s best bets is that we got on the winning side of my “Greene’s Guarantee” of the week, and that is the Bears covering against the Bengals. Of course, the “lock” had to become a sweater as the Bears almost blew a 20-3 lead in the 4th. The line ended on some books at -3, so if you got it at that number, you pushed. That is why the gambling game is so challenging.

I’m going to say that I’m not too fond of the board this week, so maybe I will have a winning record on my best bets.

Without further ado, let’s get into my best bets for Week 3.

Three years ago, this game would be scheduled for Sunday or Monday Night Football slot; oh my, how quickly things change in the NFL. While the two hall-of-fame QBs are no longer with each team, the quarterback matchup this week might be one of the most interesting in the NFL. Mac Jones (Tom Brady Jr) has gotten off to a decent start to his rookie season. Jones has thrown for 467 passing yards and has yet to throw an interception. His QBR of 53.6 is the highest among the 2021 QB class. Yet, what has impressed me the most about this Patriots team is that the defense is back. In two games, Bellicheck’s defense has forced five turnovers (all interceptions), and opposing teams are averaging 11.5ppg this season. Across the field, they are facing the turnover machine in Jameis Winston.

The under is 5-0 in Saint’s last five games overall. The under is 9-1 in Patriot’s last ten games overall. I see no way the Patriots don’t win the turnover battle, and with those extra possessions, put up just enough points to get a victory in Foxboro. Patriots cover

This is the second time I am putting my faith in the Football team for one of my best bets. In week one, they failed me as they failed to cover at home Vs. the Chargers. Yet, this number was way too large for me to ignore. The Bills have struggled on offense in the first two games of the season. Last year, the Bills offense finished 2nd in total yards and averaged an impressive 31.3 ppg (2nd most in the NFL). So far this year, the offense isn’t as explosive.

The Bills are only averaging 25.5ppg, which is good for 12th in the NFL. Josh Allen so far has not looked like the same player as his QBR sits at 44.7, which ranks 23rd in the NFL. Yes, they have played outstanding defenses in the Steelers and Dolphins but, it doesn’t get any easier with the Football Team. For the Football Team, I expect their offense to keep pace with the Bills just fine. NFL sensation Taylor Heinicke has proven to make big-time throws and boast an impressive 104.4 passer rating so far.

Tom Brady vs. Aaron Donald. Mike Evans vs. Jalen Ramsey. Sean Mcvay vs. Todd Bowles. Does it get any better than this? These two teams are two of the top five teams in the NFL, and I believe they are the top two teams in the NFC. This is the game of the week in the NFL. Both teams are 2-0, but one team has something to prove a little bit more than the other. The Rams are contenders but, a win against the Buccaneers this Sunday will officially put them in the category of Super Bowl contenders, in my opinion.

It is not going to be easy to slay the monster that his the Buccaneers. They have won 10 straight games (regular and postseason included), and in those ten games, Tom Brady has thrown 30TD to 6INT. The man is simply ageless. The line for this game opened up a -1 favoring the Rams but quickly turned into a -1.5 for the Buccaneers. I love to go with the home underdog in games like this. The Rams have something more to prove to the rest of the league.

Jason is 1-1 on his “Guarantees” this season. 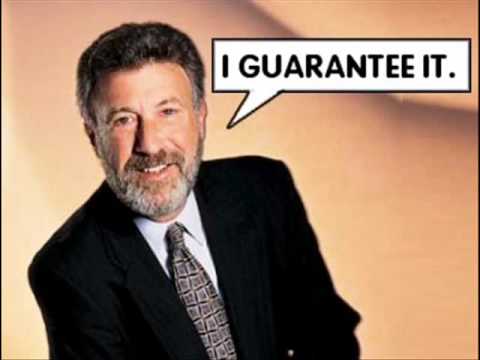