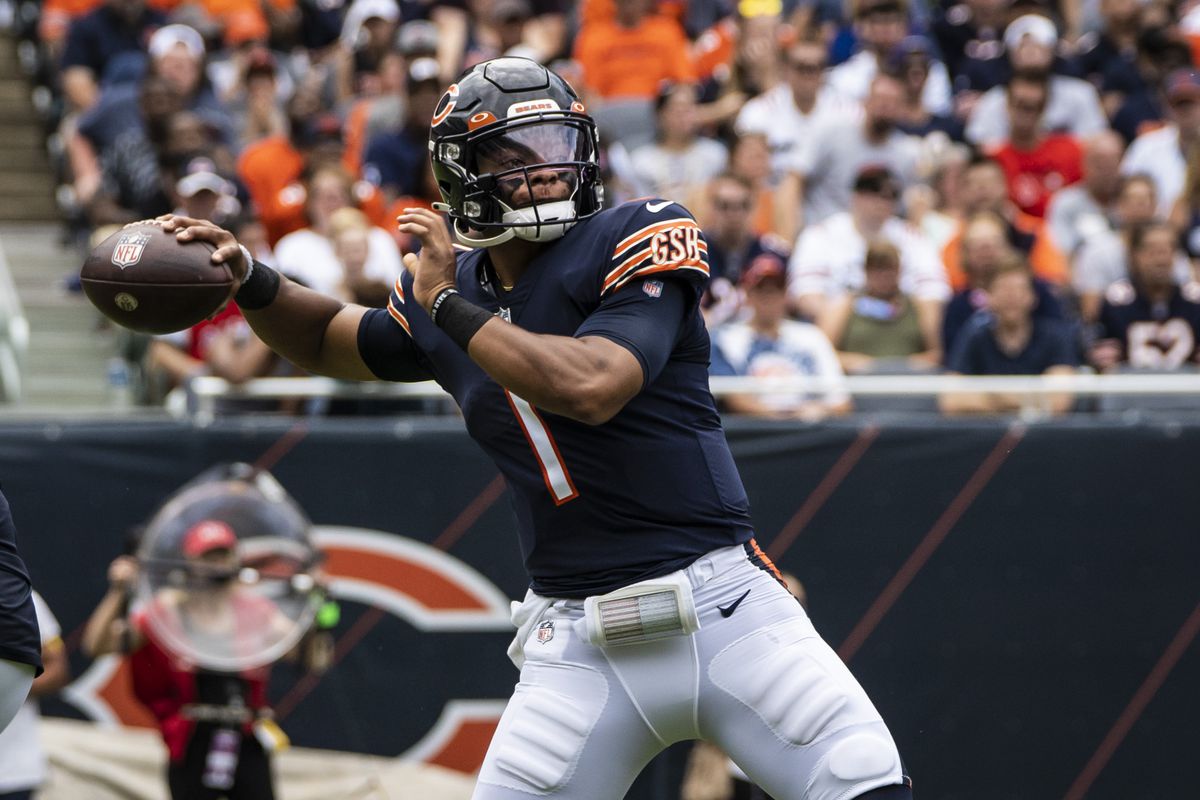 Welcome to week 8 of the 2021-2022 NFL Season. If this is the first time reading one of my articles, welcome to my weekly picks blog! Each week I will give you guys’ predictions for every game in the NFL that week. I will be giving predictions in three ways: Straight up (Picking the winner of the game), ATS (Against the Spread), and Over/Under the total game. Then, I will give my three best bets every week in more in-depth, and those will only be ATS; one of them will be my Greene Guarantee of the week. So without further ado, let’s get into it! (All lines presented by DraftKings) 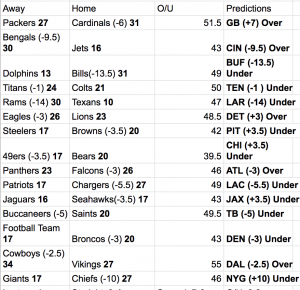 The gambling gods seem to have taken my apology as we got back on track with a lovely 2-1 week on our best bets. The Falcons (who led the entire game) did what they usually do and almost blew the cover but thank god they got that field goal at the end covering the -1.5. However, as an Eagles fan, I was so disappointed with their effort vs. the Raiders. They had ten days to prepare, and the line even closed at +1, and the game wasn’t even competitive. The good news is our “Greene’s Guarantee of the week” covered and even won outright as I predicted with the Colts going into San Francisco and winning 30-18. This gets me back over the .500 mark on my guarantees of the week. Now let’s get those best bets over .500 as well, so without further ado, let’s get into my week 8 best bets.

The last time I put the Bills on my best bets list, they failed me and lost outright to the Tennesse Titans. Coming off a bye, they are facing a Miami Dolphins team that just suffered another toss loss vs. the Atlanta Falcons. I know I harped on this last week when I picked against the Dolphins, but this team is a mess. The trade deadline is next Tuesday, and some of these players have no idea if they are going to get traded or not. This organization is just trying to get past the deadline and then hit a total reset on the season. The Bills should stomp all over the Dolphins and even had an extra week to prepare. The last time these two teams faced the Bills, they shut the Dolphins out 35-0. Meanwhile, the Bills are 5-0 ATS versus a team with a losing record and 4-1-1 ATS in their last six after a bye week. Buffalo is 7-2 ATS in their previous nine home games. Usually, I would say trap game, but after a disappointing loss vs. the Titans, I think the Bills regrouped off the bye and week and refocused. Bills win easily

Geno Smith is 7-0 ATS in his last seven starts. There is no way Geno Smith is going 8-0; I am drawing the line here! Also, if you see a theme in my best bets, the Jaguars are coming off the bye, and they also get something I like to call the hook” The hook is the +.5 that comprehends with typical scoring plays in the NFL. Examples of the hook are 3.5, 7.5, and 10.5. They are spreads that are making the other team beat you by the extra score. The hook is significant in this game because the last two Seahawks games have ended with a field goal. The Seahawks have scored a combined 33 points in the two games Smith has started, so the Jags offense won’t need to put up spectacular numbers to be in the game. Jacksonville is 4-1 ATS in their last five games as a road underdog. Seattle is 1-4 ATS in their last five games against a team with a losing record. Since Geno has been the starter, the Seahawks games have been close; off a bye; I’ll take my chances that the Jags can keep it competitive and cover with the hook.

I am once again out here to prove to everyone that the San Francisco 49ers are frauds! I told you all last week that the Colts would not only cover but win outright at 4pt underdogs. They did, and it was my “Greene’s Guarantee” of the week. So I am going to double down and pick against Kyle Shannahan and the team again. This is the 3rd time I have gone against the 49ers on my best bets, and so far, we are 2-0. Yes, I just saw the news that Khalil Mack is out and is possibly going on IR. However, I still believe that the Bears have a better defense, especially at home. The question is, which Justin Fields am, I going to get. Am I going to get the one that played so well on the road vs. the Raiders? Or will I get the QB that looked like a 7th round pick like he did vs. the Browns and the Buccaneers? The 49ers are 2-6 ATS in their last eight games in October and 0-4 ATS in their previous four games. The Bears are 1-6 ATS in their last seven games as an underdog. The Bears have had real rough back-to-back games in the Packers and Buccaneers. I expect them to look much better vs. a lesser opponent in the 49ers. 49ers stay frauds; Bears win outright in the Windy City.