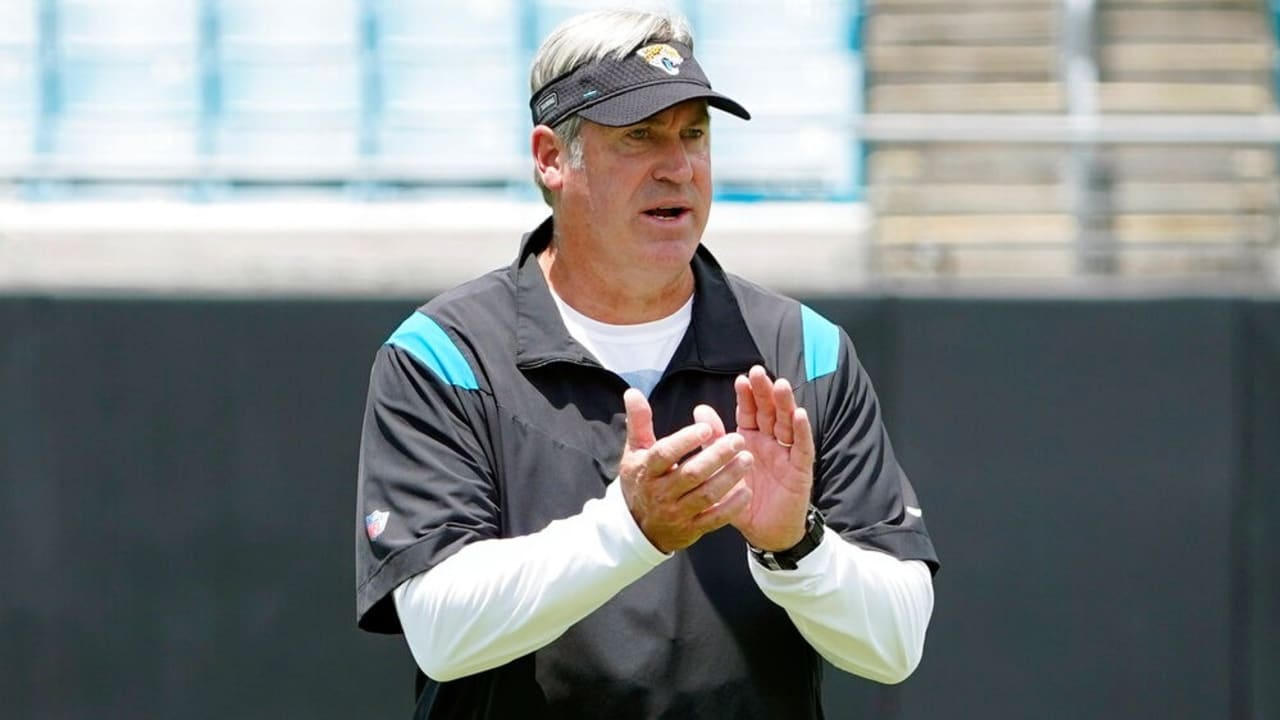 Welcome to the Wild Card round of the 2022-2023 NFL season playoffs. If this is the first time reading one of my articles, welcome to my weekly picks blog! I will give you guys’ predictions for every game in the NFL each week. First, First, First, I will provide predictions in three ways: Straight up (Picking the game’s winner), ATS (Against the Spread), and Over/Under of the total. Then, I will give my three best bets every week in more in-depth, and those will only be ATS; one of them will be my Greene Guarantee of the week. Last Year I had a pretty successful season, so without further ado, let’s get into it

Before I get into my best bets for the Wild Card round, let’s look at my 2022-2023 regular season results.

If you would have thrown money on every Best Bet/Guarantee this season using the same scale as me. You would have ended the season up 2.8 units. ($100 bettor would be up $280).

If you would like to see if I’m lying or not, here is the link to the article.

If you followed all my picks this season using the 1U as $100, you would have made $770 this NFL Season, which to me, is a solid payday. While it may not seem like a lot, you must remember that staying positive is winning in the gambling world.

But the season is far from over, and this is when the lights shine the brightest; the playoffs separate the professionals from the amateurs in the gambling world, so it’s time to step it up. So without further ado, here are my best bets for the Wild Card round in the NFL. 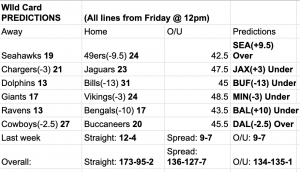 Best Bets for the Wild Card Round

Everyone and their mother has the Giants upsetting the Vikings this weekend, and while the Vikings are frauds, so are the Giants. The Giants have zero quality wins on their resume. They have not beaten a single playoff team on the road this season, and while they did play the Vikings in a competitive three-point loss not too long ago, I don’t see this game being as close. I think the Vikings have the advantage in skill positions, QB, and even coaching.

While the Giants have the better defense to keep this close, I think this Minnesota defense will tighten up and force a couple of turnovers in a young and inexperienced Giants team. Daniel Jones makes the mistakes he wasn’t making in the regular season as the Vikings advance to the Divisional round again.

While Lamar Jackson’s status looks gloomy for this game, I believe the Ravens have a shot to shock the world, but they will certainly cover, and here’s why. While the Bengals easily defeated the Ravens last week 27-16, the Bengals won the turnover battle 4-0, one of them being a fumble return for a TD. In not one single possession were the Bengals able to go the distance and score a TD. This Ravens defense is legit, and in two games vs. Cin this season, they are giving up 18.5 points per game.

Tyler Huntly and Mark Andrews are expected to be back, and if so, I expect the run game to be much better as the Ravens will look to chew the clock and keep Joe Burrow off the field. Division games are always closer than expected, and I expect no difference in the playoffs.

When Vegas initially released the lines, the Jaguars were +1, and I was all over them; now they are a +3, and I don’t think I have ever liked a play more. I think bettors are getting caught up in that winner take all game vs. the Titans last week. Yes, the Titans had Joshua Dobbs at QB, and without that fumble, TD would’ve lost that game. Remember that the Jags have won five straight, three by double digits. They were dominating opponents. The biggest thing people are overlooking is that the Jaguars have the advantage in coaching and defense, and are we sure Justin Herbert is better than Trevor Lawrence? Give me Trevor all day, especially in big games.

This, to me, is a classic Chargers loss; they should be favored and, on paper, are the better team, but there is no way I am putting my money on that franchise, especially with Doug Pederson coaching on the other side. Jags upset the Chargers, and Brandon Staley get the boot! I guarantee it!